Does Anxiety Negatively Impact Women Who are Pregnant 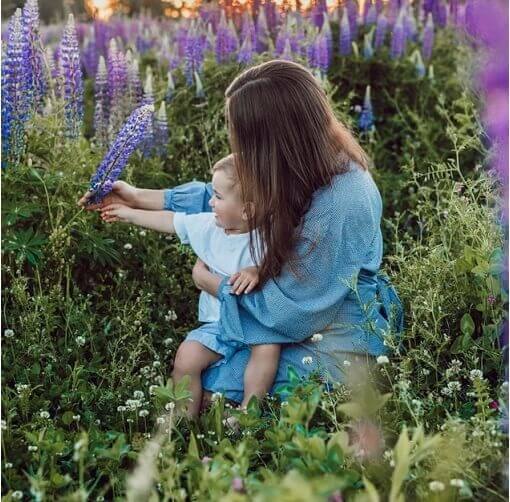 Home » Does Anxiety Negatively Impact Women Who are Pregnant

Does a woman’s mental health during her pregnancy impact the brain development of their newborn child? Research is suggesting that there is a correlation between fetal brain development and their mother’s anxiety levels.

Pregnancy is a complex, physical and mental event where many factors can influence a child’s brain development. During this period, the fetal brain is vulnerable to a variety of negative substances including environmental toxins, drugs and alcohol. In addition, there is a growing body of evidence that suggests that the presence of mental illness in the mother may impact the neurological development of a growing fetal brain.

Some stress is a normal part of people’s daily life. It is when this level of stress becomes so intense that it produces high levels of anxiety, that negative health outcomes can occur. This is particularly true for women who are pregnant.

A recent study looked at 50 healthy women who were pregnant. The study was conducted at Children’s National Hospital in Washington D.C. By using questionnaires and fMRI scans, researchers found that maternal anxiety affects how the human brain develops. This correlation had been assumed to exist, but there was little research to verify the connection between maternal anxiety levels and fetal neurological brain activity.

The data from the study suggest that fetuses of pregnant women, who reported higher anxiety levels, were more likely to have weaker brain connections in some areas. The weaker connections were seen between the parieto-frontal and occipital association cortices of the brain. These areas are involved in executive and higher cognitive functions.

The term executive functions are the higher-level cognitive skills that people use to control and coordinate their other cognitive abilities and behaviors. These mental attributes include mental qualities like abstract thinking, emotional regulation, self-control attention span, etc. The research reinforces the theory that the preterm birth environment has a substantial influence on the fetal brain growth. This influence may even include an increased risk of depression in the future, but more research is needed.

There are two types of depression that specifically occur in women — perinatal depression and PMDD (premenstrual dysphoric disorder). A growing body of evidence suggest that maternal mental health issues can have an adverse impact on the perinatal outcome. It should be remembered that people from all demographic and social-economic backgrounds can develop depression.

During pregnancy, there are elevated risks for mothers who have an untreated psychiatric illness. Increasingly, research is starting to indicate that undiagnosed mental health conditions are more likely to create negative pregnancy outcomes. Researchers from the study recommended the expansion of anxiety-level screenings for women during their pregnancy. These mental health screenings would, in the long run, help to protect women’s overall health during their pregnancy.

There are several effective methods for diagnosing and treating anxiety as well as depression. For example, for types of depression that have been challenging to treat with counseling and medication there are newer therapies such as transcranial magnetic stimulation (TMS). This treatment utilizes magnetic pulses to focus on specific areas of the brain. These repeating pulses alter the neurological activity in the brain and create beneficial changes for people suffering from depression.

For therapies like TMS to have a positive impact, people need to overcome any lingering taboo about seeking mental treatments. Traditionally, society has sent mixed signals about psychiatric treatments and mental health counseling. Due to this fact, some people use to feel that their mental health condition was a moral failure or character flaw. Individuals should overcome these lingering negative attitudes and realize that this view is outdated and not beneficial for achieving good mental (and physical) health.

Beyond the elevated risk for and mother and her developing child’s brain, untreated mental health conditions can create other effects. Behavioral health conditions such as eating and substance use disorders are linked to higher levels of anxiety. This compounding effect or comorbidity can make the situation even worse.

Women are cautions during pregnancy and understand that their body goes through physical changes. Yet, some women may not acknowledge the dangers of uncontrolled anxiety during their pregnancy. Like other physical concerns like high blood pressure or diabetes, women should educate themselves about the long-term risk of untreated anxiety.

Emerald Psychiatry & TMS Center offers experienced psychiatric services in Dublin, Ohio. Their practice treats a range of behavioral health conditions ranging from depression and anxiety disorders to substance abuse and PTSD. For questions about depression or other mental health concerns, contact them. Reach out to them through email or by phone. There direct office number is (614) 580-6917.