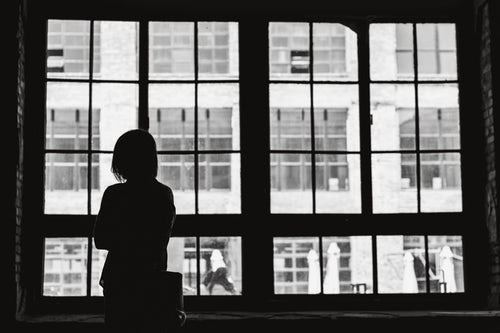 Many people are aware of depression as a mental health condition. Research shows that 1 in 6 Americans will experience depression at some point in their lives. Depression, particularly when untreated, can create long-term health complications in individuals. For example, there is a correlation between individuals with depression and elevated risk factors for heart disease and dementia.

When individuals experience long-term and ongoing emotional changes, they may require help from a mental health professional. However, some people are likely unaware that there are different types of depression.

Here are four of the most common depression types in the United States.

Even though many forms of depression manifest similar symptom (feeling tired, insomnia, low self-esteem and difficulty concentrating), there are differences. With occurrences of depression, one critical piece that behavioral health clinicians watch for is the consistency and timing of the symptoms.

Persistent depressive disorder (PDD) is a mental health condition where symptoms of depression are present for at least two years, and maybe even longer in some cases. Another term for PDD is dysthymia.

PDD is a type of depression with symptoms of low mood that persist in a person for a minimum of two years, but does not reach the intensity level of major depression. This means that people manage their day-to-day activities, but feel joyless most of the time. In addition, they may experience general depression-related symptoms like low energy, poor self-esteem and sleep changes.

People with PDD or dysthymia can have persistent symptoms for years. Other types of depression usually create a break from an individual’s everyday activities and behavior. But, PDD becomes a part of a person’s life and mental outlook due to the fact that the symptoms have existed for such a prolonged period of time.

This is the most well-known type of depression. When people experience major depression, or major depressive disorder (MDD), there is a depressed mood or loss of interest or pleasure in daily activities. Individuals with major depression will experience a majority of depression-specified symptoms, such as problems with sleep, eating, energy, concentration or self-worth. These symptoms must last at least two weeks for a behavioral health clinician to make a diagnosis of depression.

People with major depressive disorder experience feelings of sadness and/or a loss of interest in activities they once enjoyed. MDD can lead to a variety of emotional and physical problems that can limit a person’s ability to successfully function at work and at home.

This type of depression creates a dark mood which can generate thoughts of death or suicide. In cases where people experience persistent severe depression, and find that their condition is not alleviated with psychotherapy or antidepressant medications; transcranial magnetic stimulation is a treatment option that has shown success.

This condition affects about 5 percent of adults in the United States and lingers for as long as 40 percent of the year. Seasonal affective disorder is a type of seasonal depression sometimes known as winter depression. People with SAD experience mood changes and symptoms similar to depression. The symptoms usually occur during the fall and winter months in people who live far from the equator. So people who live in the northern half of the United States are more susceptible to this mental health condition.

The occurrence of this disease during the winter months is due to the fact that there is less sunlight. This means that people’s moods usually improve with the arrival of spring and longer daylight hours. The depression created by seasonal affective disorder is likely due to alterations in the body’s natural daily rhythms, in the eyes’ sensitivity to light, or in how chemical messengers in the brain function.

The most difficult months for people with SAD in the U.S. are usually January and February. While it is much less common, it is possible for people to experience SAD during the summer months. This type of depression is more than just the winter blues. The symptoms SAD are disrupting for people. Much like the other depression types, seasonal affective disorder can overwhelm people and interfere with their daily life.

Symptoms during the high energy phase include unrealistically high self-esteem, decreased need for sleep, thoughts and activity at higher speed, overspending and excessive risk-taking. These symptoms are temporary, with this portion of the disorder potentially creating self-destructive behavior. The period of high energy and unrealistic thoughts are usually followed by a period of depression.

Talking to friends and family about depression is sometimes a challenge. However, there are a few practical steps people can implement in order to discuss the topic of depression, as well as find treatment options. The conversation should be open, honest and non-judgmental. People should remember that the long-term goal is to become healthy.

This is not a complete list of possible depression types. For a more detailed understanding of depression and the possible types of depression, contact the staff at Emerald Psychiatry & TMS Center.