Is There a Connection Between Social Media, FOMO and Depression? 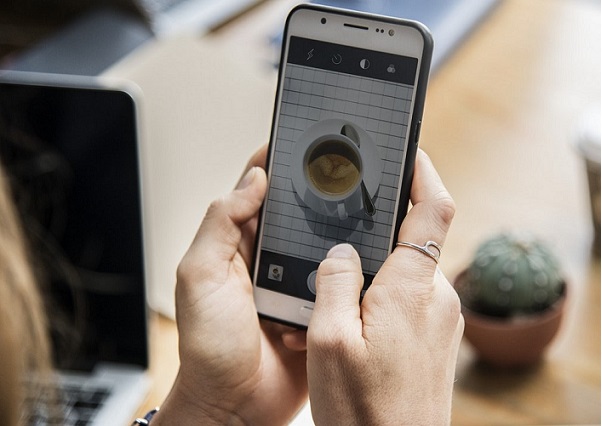 Home » Is There a Connection Between Social Media, FOMO and Depression?

When social media was first introduced, it was seen as a novel way to stay in touch across long distances as well as a new form of entertainment. However, there is a growing concern that social media is not an entirely positive experience. According to the American Psychiatric Association (APA), over one-third (38%) of Americans believe that the use of social media has a negative impact on people’s mental health.

The “fear of missing out” or FOMO is a well-known concept on the internet. The term was added to the Oxford English Dictionary in 2013 and is loosely defined as an “uneasy and sometimes all-consuming feeling” that people are missing out on what their peers are doing. Or, they are more in the “know” about something better than you as an individual know.

Some people occasionally have these feelings. However, intense feelings of FOMO might be a sign of general dissatisfaction with life or even an underlying condition. For example, people experiencing low-grade depression or dysthymia could possibly experience feelings of FOMO. They may think that everyone having fun and living their life to the fullest.

This perception is not true, but if people are unhappy with their present circumstances may be more prone to experience these feelings. Previous studies have linked the consumption of social media to a wide range of mental health conditions, ranging from anxiety and poorer sleep quality to inattention and hyperactivity.

Researchers are finding that this fear of missing out is connected to social media use. These feelings strongly correlate to feelings of regret and social significance. As people consume large amounts of social media posts and tweets, they start to compare themselves physically and socially.

These mental health issues can arise out of larger concerns surrounding inclusion and social standing. Heavily-edited social media images create feelings of a more perfect world where the viewer perhaps feels lift out. Additional damaging feelings may arise from viewing individuals who are socially connected to the viewer, but the viewer is not part of the activity or event.

Glamorized social media posts may have a more profound influence on people who are already struggling with a sense of belonging as well as other negative emotions. In addition, the hostile environment, cyberbullying and exposure to toxic language that can occur on some social media platforms does not help.

A 2015 study by the Pew Research Center seems to support this idea that social media carries certain mental health risks. They found that social media use actually creates more stress for individuals than they realize. This pattern was especially visible for women who used these platforms. In particular, they found the social media site Twitter to be one of the most stressful sites. Researchers theorize that seeing other people in stress is stressful, especially due to the fact that it increases the person’s awareness of another person’s stress.

Eating Behaviors and Social Media Use:

Many social media sites are dedicated to food-related images and themes. This includes everything from plated food, recipes and videos of food. Yet, depending on the circumstances, these food-themed posts could create negative mental health feelings and behaviors.

Some research has indicated that social media use may correlate with increased frequency of negative feelings surrounding eating and overall personal body image. A study out of the University of Pittsburgh School of Medicine discovered that participants who spent the greatest amount of time using social media platforms, were over twice as likely to experience negative emotions food and body image.

However, study participants who spent less time on social media did not report these negative feelings and thoughts with the same frequency. This coincides with other studies that suggest that viewing pictures and videos of food could trigger physiological responses that lead to emotional eating behaviors.

Reconnecting with the World:

A way to prevent, at least limit the influence of social media is to limit the amount of time spent on these platforms. When people feel disconnected and isolated from the world around them, individuals may internalize these feelings and see themselves as flawed. Instead, they should see this as a current situation that they are presently dealing with, and not a permanent character flaw. People should strive to reconnect with their outside world.

For additional information on the connection between social media and mental health contact Emerald Psychiatry & TMS Center. Their psychiatry practice provides skilled mental health therapies in a therapeutic setting that serves the needs of their patients.

By forming a trusting partnership with their patients, Emerald Psychiatry generates a comprehensive treatment plan that is customized to their patients’ mental health needs. Emerald Psychiatry & TMS Center is proud to provide behavioral and mental health services throughout central Ohio. For more information about treatments and services, contact them.