Opioids: What are They, a Brief History & Symptoms of Addiction 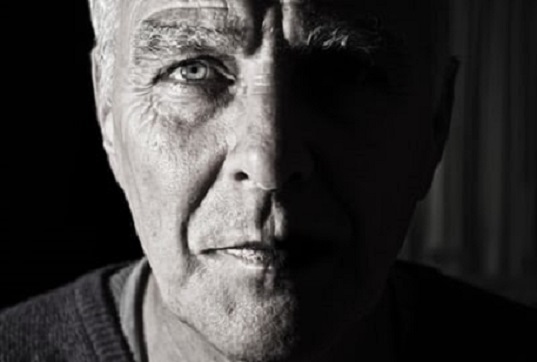 Home » Opioids: What are They, a Brief History & Symptoms of Addiction

Opioid use and addiction are a common topic in the news. Yet, some people are not aware of the history of opiates (opioids) in the United States. This includes not knowing some of the more common symptoms of opioid addiction.

The original substance is known as an opiate. This substance was used for many centuries in different part so the world and is derived from the poppy plant. These opiates are considered natural due to the fact that the active ingredients are naturally occurring. Some common opiates are morphine, opium and codeine which are produced from poppy plants.

Opioids were derived from opiates. These drugs (molecules) are created chemically in a lab. Opioids influence the human body in a similar manner to opiates because they have a similar molecular structure. Opioids act like opiates in the human body, with these molecules binding to the human brain and blocking the receptors that control pain.

Some more well-known illegal opioid-type drugs are heroin, fentanyl and carfentanil. Prescription opioids include codeine, morphine, oxycodone and hydrocodone. Whether the drugs are opiates or opioids, the substances are addictive and have a high potential for misuse.

Opioids have been used for the treatment of pain due to the fact that they provide effective relief. These substances are prescribed to control both extreme short-term pain and chronic long-term pain. However, they are also used for recreational purposes and, at higher doses, they produce a sense of euphoria.

Opioid Use– A Brief History:

These drugs have damaged communities across the nation, but some of these substances have been used for many centuries. In previous times, people were not always aware of the harmful effects and potential for addition from these substances. There is actually a long history of opioid use and addiction in the United States, with the first American opioid crisis occurred during the 19th century.

According to Harvard University, the first opioid epidemic that was experienced by the United States was during the mid to late 1800s. A large swath of American society ranging from middle class women struggling with depression to military veterans with PTSD were administered morphine. Many of these users eventually became addicted to this new drug.

Morphine was first discovered by a German pharmacist who was performing experiments on the opium poppy plant. The drug that he extracted from the plant’s chemicals was named morphine after the Greek god Morpheus (god of dreams). Morphine was used to treat a variety of health conditions ranging from menstrual cramps to insomnia.  Overtime, these practices exposed a large portion of the U.S. population to the drug. An exposure that created an opioid epidemic.

Largely due to the morphine epidemic, a company known as Bayer Corporation introduced a new opioid called heroin. The purpose of this new opioid was to replace morphine and was promoted as a safe alternative to the drug. Heroin was prescribed and sold as a non-addictive substitute for morphine. However, as an opioid drug — it was still addictive.

By the 20th century, new laws and regulations were passed to limit or stop the use of opioids. However, the illegal use of opioid-type drugs was now well-entrenched in U.S. society.

What are some of the more common symptoms of opioid abuse and addiction? As a mental health condition, opioid use disorder is defined by an individual not being able to stop using opioids. This usage becomes a dominant part of their daily existence and often interferes with work, school and family life.

Initially, people may have started experimenting with opioids out of curiosity, or as a way to self-medicate an already existing mental health condition. People do not always become physically dependent on opioids, but this can happen. When people are physically dependent on these substances, it is often accompanied with cravings and excessive sweating. Yet, someone with an opioid use disorder may in the early stages not demonstrate any symptoms or signs of addiction.

Here are 10 of the more common signs or symptoms of opioid addiction:

There are treatment options for individuals with opioid use disorder, commonly known as drug addiction. These treatments should be administered by a professional facility and trained behavioral health clinicians. Medications such as Suboxone (buprenorphine) combined with professional therapy and targeted support programs can help people recover.