The Use of TMS Therapy for Depression 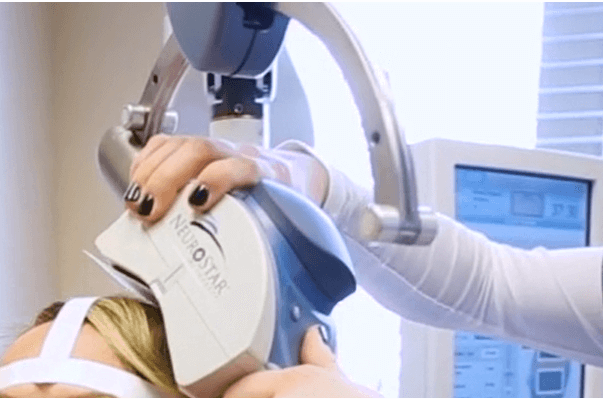 Home » The Use of TMS Therapy for Depression

Over the last few years, there have been news stories of people using machines to treat depression. The traditional methods for treating people with clinical depression include treatments like talk therapy, counseling and medication. However, there is another treatment option — Transcranial Magnetic Stimulation or TMS.

A Brief History of TMS:

Transcranial magnetic stimulation has been around since 1985. The treatment has been studied for its effectiveness in treating various psychiatric disorders including major depressive disorder. Over the years, TMS has slowly gained a reputation as an effective treatment modality for major depression.

As a mental health treatment option, TMS has been used in clinical settings for over a decade. The treatment option was first approved by the Food & Drug Administration (FDA) in 2008. The FDA cleared the NeuroStar TMS brain-stimulating device for treating depressed adults for who had not experienced success with antidepressant medication. This was the first transcranial magnetic stimulation device to meet FDA standards.

In the United States, major depressive disorder has a prevalence of almost 7 percent among the general population. In 2018, the World Health Organization has estimated that depression is one of the most common mental disorder. Globally, more than 300 million people of all ages suffer from depression, which is the leading cause of disability worldwide.

NeuroStar’s transcranial magnetic stimulation uses a pulsed magnetic field to stimulate nerve cells (oneurons) in the brain. Specifically, these pulsed magnetic fields focus on regions of the brain that regulate mood. When properly stimulated, these neurons release neurotransmitters like serotonin, which are often depleted in people with depression.

During a TMS session, an electromagnetic coil is carefully placed against the patient’s skull near the forehead. Then the device sends short, intense magnetic pulses to a targeted area of an individual’s brain which generates an electric current. The pulses are centered over the left prefrontal cortex, an area that often shows abnormal electrical activity in depressed patients.

These electromagnetic pulses stimulate neurons than excite other neurons in the brain. The use of repeating, strong magnetic pulses to change the activities of neurons is a benefit of the treatment that creates positive changes for patients. Properly administered TMS therapy grants psychiatrists the ability to directly influence the brain’s neurological pathways and overall activity.

Since the brain is so interconnected, the targeting of one section tends to trigger effects in another section. Prevailing theories believe that TMS treatments enhance the brain’s natural ability to change and create new neural connections.

A key benefit with TMS therapy is that it is a noninvasive procedure that uses magnetic fields to stimulate nerve cells in the brain to improve symptoms of depression. TMS is typically used when other depression treatments haven’t been effective. TMS is not a cure for depression, but it is a beneficial therapy.

The treatments are often supported by other interventions such as medication and psychotherapy. All these treatments may need to be used simultaneously in order to maintain the recovery. Over the following year, depression symptoms typically return for about one-third of people who initially experienced successful TMS treatments. However, for people who suffer a relapse of depression, they can still receive additional TMS sessions.

Research has shown that TMS is beneficial for roughly 50 percent of patients who complete several weeks of regular treatments, according to the National Institute of Mental Health. However, some patients do experience relapses of depression after completing TMS therapy. Yet, the research is clear that the treatment is safe, effective and does provide relief for a sizeable number of patients.

According to studies posted by Harvard University, 50 to 60 percent of individuals with depression who failed to receive benefits from medications, do experience a clinically-meaningful response with TMS therapy. About one-third of these individuals experience a full remission, meaning that their symptoms of depression actually completely disappear. For most other mood disorders treatments, there is a high recurrence rate. Yet, many TMS patients feel better for many months after their last treatment was concluded.

Since being cleared by the FDA for use in medication-resistant depression in 2008, many insurance healthcare plans now cover TMS treatment under specific circumstances. After more than 30 years of use and with over a decade of oversight from the FDA, the use of transcranial magnetic stimulation (TMS) for depression has become more common place.

The successful treatment of depression is one of the specialties at Emerald Psychiatry & TMS Center. Their psychiatry practice is focused on providing experienced and professional treatment options for the successful treatment of depression. As a behavioral health center, they understand that they are here to serve the needs and concerns of their patients. By forming a trusting partnership with their patients, Emerald Psychiatry can generate a comprehensive treatment plan, that is customized to an individual’s needs.