What are the Unique Types of Depression that Impact Women 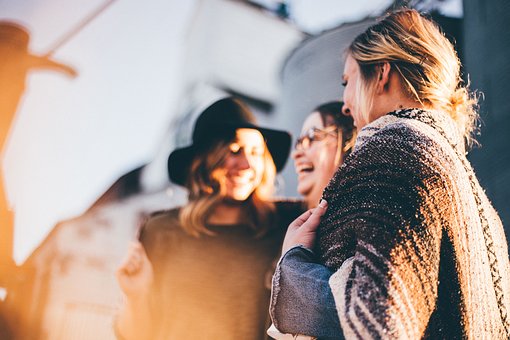 Home » What are the Unique Types of Depression that Impact Women

Individuals of all demographic backgrounds can develop and suffer from depression. The mental health condition occurs at all ages, genders and ethnicities. However, studies show that women are at higher risk for developing depression. There are actually some unique types of depression that only occur in women — Perinatal depression and PMDD (premenstrual dysphoric disorder).

According to the American Psychiatric Association, roughly one in seven mothers experience peripartum depression. According to the DSM-5, about three to six percent of women will experience the onset of a depressive episode during pregnancy or in the weeks or months following delivery. This type of depression includes major and minor depressive episodes that occur during pregnancy or in the first 12 months after delivery. When these symptoms occur during the time period after childbirth, it is known as postpartum depression.

The causes of perinatal depression are complex. Research indicates that there is not a single factor and is likely the result of a combination of physical and emotional factors. However, to be clear, this type of depression does not occur because of something a mother did or did not do during her pregnancy. After a mother gives birth, the amount of progesterone and estrogen rapidly decreases. These hormonal fluctuations can create mood swings and other behavioral changes.

Medical research suggests that an estimated 50 percent of mothers who experience depression during and/or after their pregnancy, do not receive a diagnosis and treatment for their condition. An estimated 15 to 20 percent of new mothers will experience perinatal depression.

Interestingly, men can also experience depression with the birth of a child. They also can experience severe depression marked by feelings of sadness, withdrawal from family and friends, a sense of failure and thoughts of suicide. Some studies have found that 10 percent of new fathers met the standard criteria for moderate to severe postpartum depression. In comparison, 3 to 5 percent of men in the general population have diagnosable depression.

This depression type is considered a more severe form of premenstrual syndrome (PMS). According to Harvard Health, the symptoms for PMDD tend to begin shortly after ovulation and cease once the menstruation cycle starts. In some ways, PMDD shares similarities to PMS due to the fact that there appears to be a correlation to hormone levels and ovulation. However, this type of mental health condition has more severe symptoms than PMS. A few of these symptoms include severe depression, irritability and tension.

Researchers are still not certain as to the precise cause of PMDD. Most likely, hormonal and chemical changes that occur during the menstrual cycle are likely a contributing factor. Some researches believe that the brain chemical and neurotransmitter serotonin could influence the development of PMDD. A women’s serotonin levels change throughout their menstrual cycle, which impacts their entire body. These fluctuations may be more extreme in some individuals or they are more sensitive to these changes.

Premenstrual dysphoric disorder is a severe, sometimes disabling extension of premenstrual syndrome. This is a mental health condition that individuals need to take seriously and seek treatment from a mental health professional. PMDD can create severe mood shifts that can disrupt people’s work and damage their personal relationships.

The successful treatment of the various types of depression are one of the specialties at Emerald Psychiatry & TMS Center. Their center is focused on providing experienced and professional therapies for a full recovery, including newer treatments for depression such as Transcranial Magnetic Stimulation (TMS).

By forming a trusting partnership with their patients, Emerald Psychiatry & TMS Center generates a comprehensive treatment plan that is customized to an individual’s health needs. They are proud to deliver experienced behavioral and mental health services to the residents of Central Ohio. For more information about treatments and services, contact their staff at 614-580-6917.