Why Are Older Adults Underdiagnosed for Depression & Suicide? 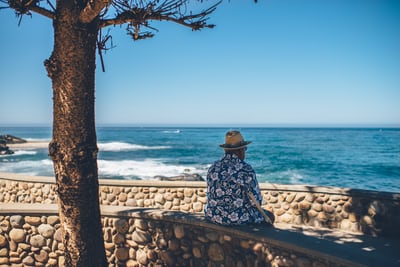 Home » Why Are Older Adults Underdiagnosed for Depression & Suicide?

Mental health concerns for the youth and well-founded. Yet, in older adults, it appears that conditions like depression are actually underdiagnosed. Data from the US National Library of Medicine indicates that suicide rates increase as people grow older. For adults over the age of 65, depression is sometimes unseen and untreated.

According to 2017 data published by the Centers for Disease Control and Prevention, Suicide is the 10th leading cause of death in the United States. For comparison, in 2017, 19,510 died from homicides. But in the same year, 47,173 people died as a result of suicide. Incidentally, in 2017, the leading cause of death for all age groups was due to heart disease which killed 647,457 people.

Suicide attempts occur with more frequency among teenagers and young adults. However, older adults (both men and women) have the highest rate of death by suicide. Data from 2016 shows that older adults die from suicide at a much higher rate than any other age group.

The chart below nicely separates the US suicide rate by age groups:

Other research that supports this data is from the National Council on Aging. When looking at people over the age of 65, the statistics are sobering. People age 85 and above have the highest suicide rate of any age group. In this demographic, older white men have a suicide rate almost six times that of the general population.

The data shows that older adults are vulnerable to the occurrence of depression and suicide. Older individuals are particularly vulnerable to a variety of health problems ranging from mental and neurocognitive disorders, social isolation, feelings of disconnectedness as well as the loss of loved ones. Other health conditions may include chronic illnesses and physical pain.

Some researchers argue that these increased suicide rates among older adults may be due to the difficulties that these people face as they age. Individuals who do not successfully adapt to physical and mental changes brought about by aging could be at a greater risk for depression and suicidal behavior in late life.

Twenty-five percent of seniors experience some form of mental illness, according to the National Council on Aging, yet two-thirds do not receive the treatment they need. A recent study of senior citizens receiving home health services found that 23 percent screened positive for depression. But out of this 23 percent, just under 40 percent were receiving treatment for depression. But why is this?

One possible reason is that when older people display signs of depression, the symptoms are often misunderstood. The loss of appetite, lack of focus, insomnia and social isolation are often seen as a part of getting old. But in reality, these conditions are some of the classic signs of depression. Any changes in an older person’s mood, hobbies, activity level and personality are often attributed to aging, and the possibility of mental illness is not considered.

All of the previously mentioned factors likely contribute to elevated suicide and depression rates in older adults. People should realize that depression and suicide are not a normal part of aging. Depression and thoughts of suicide are like any other disease. The best course of action is to see a professional mental health provider who is trained to identify the signs of depression as well as treat the ailment.

Having a mental illness is not an imaginary sickness or a sign of weakness. It is a disease like any other that needs proper treatment.

Emerald Psychiatry & TMS Center is proud to provide behavioral and mental health services throughout central Ohio. For more information about treatments and services — contact them. Their phone number is (614) 580-6917.