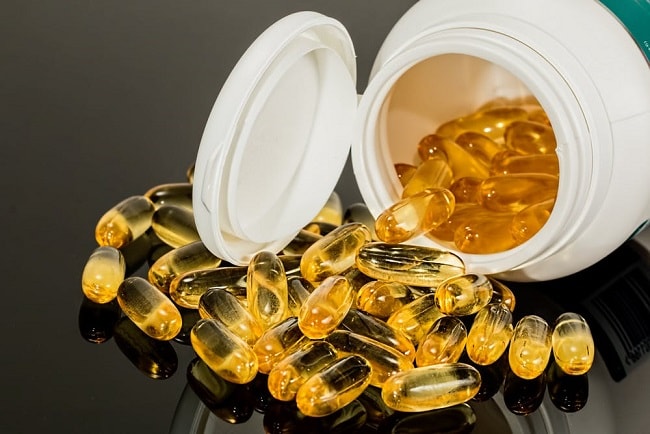 Depression is a condition the is experienced by many Americans. Dietary supplement makers have noticed this trend and are marketing supplements that are supposedly designed to treat and prevent a variety of ailments. Many of the claims are dubious at best, but one supplement that shows promise is omega 3 fatty acids.

The Growth of Dietary Supplements:

In the United States, from 2011 to 2012, 52 percent of the US adult population reported using some type of supplement over the last 30 days. This is over half of the US population. When data is focused on older Americans (65+), the percent who consume dietary supplements is even higher. According to 2019 data from the U.S. Food and Drug Administration, roughly 75 percent of Americans use dietary supplements.

For older Americans, this rate grows to 80 percent. Even children are now consuming supplements. The FDA states that about 33 percent of Americans under the age of 18 consume some form of a dietary supplement on a regular basis.

Interestingly, there is still little guidance on how to find a high-quality supplement. As of the publication date of this article, the FDA does not strictly regulate the dietary supplement industry. However, the organization has expressed an interest in adding tighter regulatory control over the dietary supplement industry. Unlike treatments like TMS Therapy for depression and or medications for PTSD, the FDA has no approval process for introducing supplements to the general population of consumers.

But even with the lack of regulation, there has been some promising research on some supplements. In particular, the connection between Omega 3 Fatty Acids and the prevention of depression.

Omega 3 fatty acids are commonly found in fish, vegetable oil and nuts. Fish oil is considered one of the best sources of omega-3 fatty acids, which play an important role in healthy brain function. There has been a variety of studies surround the use of Omega 3 Supplements and potential benefits for users. For example, according to the American Medical Association, using omega-3 supplements did not slow cognitive decline in older people. The large clinical study from 2015 followed 4,000 patients over a five-year time period.

Yet, when omega 3 fatty acids are studied for their impact on mental health, researchers find different conclusions. Harvard Medical School has pointed out that depression appears less frequently in nations where people consumed large amounts of fish. Researchers have investigated whether fish oils may help to prevent or treat depression as well as other mood disorders.

In particular, there are two omega-3 fatty acids, eicosapentaenoic acid (EPA) and docosahexaenoic acid (DHA) that are the focus on most studies. DHA and EPA are thought to have the most potential to benefit people with depression and other mood disorders.

Some studies in adults suggest that omega-3 fatty acids may be beneficial in the treatment of mild to moderate depression. Psychologists are exploring how omega-3 fatty acids seem to possess anti-inflammatory properties. They also effect the transmission of dopamine and serotonin. Omega 3s play a substantial role in brain development and functioning, with some deficiencies linked to mental health problems.

Lowering the Risk of Depression:

There is a growing body of evidence of that high-quality omega 3 supplements can have a positive effect on a person’s mental health. More research is needed on this topic. The prevention of depression is critical since more than 300 million people worldwide suffer from this mental health condition. Depression is one of the world’s leading cause of disability, as defined by the ADA. Severe depression creates physical or mental impairments that substantially limit one or more major life activities.

Some data indicates that fish oil supplements high in omega-3s may help lower the risk of depression. But, Omega 3 supplements like fish oil are not a replacement for the treatment of depression. They are likely helpful as a dietary addition that can accompany other prescribed medications and other treatment. More studies are needed in order to determine exactly how omega-3 fatty acids prevent depression in people.

For more information on this topic or other behavioral health conditions, contact Emerald Psychiatry & TMS Center. They can be reached by email or by phone at (614) 580-6917.